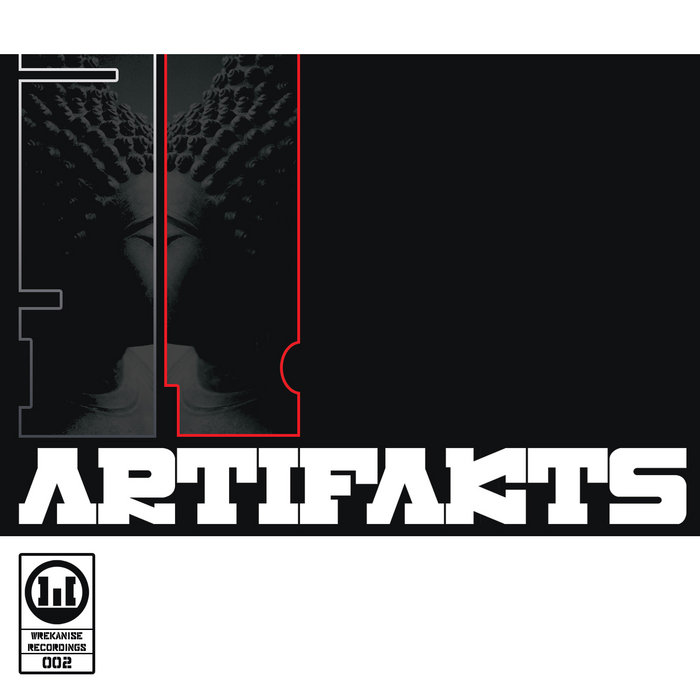 It's good to know that while simplistic anthems are the order of the day in the "mainstream" DnB circuit, there are some warriors who know how to inject the scene with Soul and the breaks. Profane's Wrekanise imprint has assembled their Artifakts EP, featuring some of the most captivating pieces of proper Drum & Bass released as of late, featuring the sound that many of us first discovered when we got tuned into DnB.

Kickin' things off is a skittery slice of atmospheric pie with Parallel's "Tribute", which pushes his breakneck drum edits at the forefront. The intricate use of hi-hats, as well as the dubwise snippets thrown in, give this one character all its own.

Following suit is Chris Inperspective, who is seen by many as one of the torchbearers of this sound. "Carriacou" is more of a tribal ting, with some real jungle vibes and awesome use of found vocal sounds creating an amazing listening experience. Some real grass skirt business.

Gremlinz, whose name is not thrown around nearly as much as it should be, makes his entrance with "Ras Stomp", kickin' off his showcase with a very familiar sax sample. Bringing that proper Horsemen b-boy flex, this is when the darker textures arise, with a pulsating riddim that builds up an intensity that gets slaughtered when the amens cut through. It’s a tune that could really go either way – fit into your sinister soundscapes or in a more raucous set.

Profane couldn’t be left out, and his "Tephlon Dub" builds off of some echoed loops and one of the harder beats that we’ve heard on this EP. Proper sub bass rides underneath his tune, as Profane brings the real paranoid effects up front, creating a truly inspiring piece of studio wizardry with some perfectly-executed production work.

Rounding this release out is Stranjah, who's "Jah Dubified" combines a number of the movements this project has given us: the b-boy aesthetic with the tribal feel. The dubwise seasoning with an attention to detail, all wrapped up with some classic vibes and vapours.

For those of you who are wondering where the heart of the music went, it beats within this Artifakts EP.

The home of Drum & Bass imprints Digital Wreka and Wrekanise Recordings. One side focusing on dancefloor DnB and Drumfunk; the other for more experimental vibes.

Bandcamp Daily  your guide to the world of Bandcamp