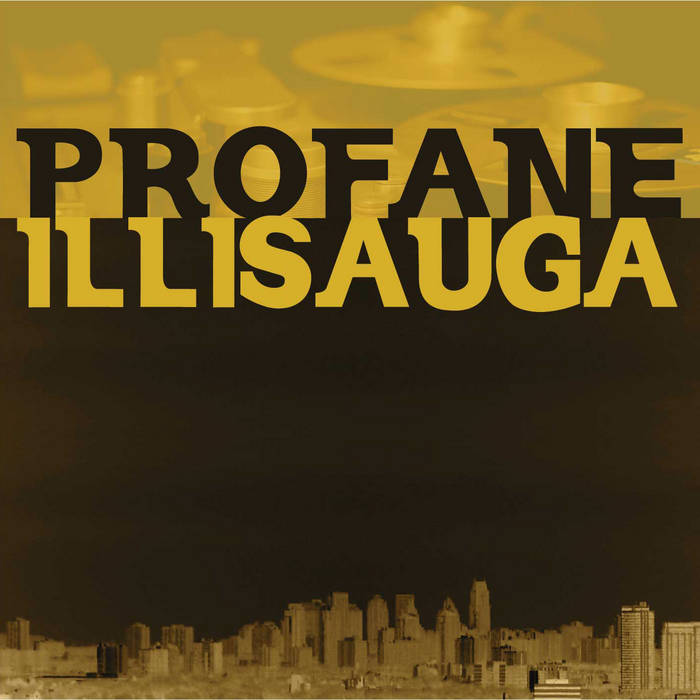 Back like he stole something is the mighty Profane with a fresh five-tracker. If you can find an intro for any project that can top the sunrise-soundtrack that is "Stoned Love", bring it on. Those string-lead stabs pair perfectly with some boastful horns, all falling atop some drumfunk-y Drum & Bass breakbeat pressure, sure to be the intro track to any forward-thinking DJ's set.

We get a re-touch on his "Ever Since" cut, which takes us on a bass-driven trek through some blaxploitation-era city streets. Sounds like the theme music for a modern day vigilante.

The "v.808" re-rub of "Something Holdin' Me Back" maintains the original's throwback sound, while tightening up on other areas – all the while keeping you in that state of sullen paranoia.

"Poisonous Swordz" thrives on a hybrid sound, combining pulsating beats with 'Fane's intoxicating use of vocal loops and a sick guitar snippet.

Rounding things out is the heavy amen-pressure of "Illegal", which will satisfy ANY fan of DnB's most endearing sound.

The Illisauga EP is Profane's signature blend of Hip-Hop-soaked sample usage alongside breakneck beats, and should be a proper showcase for anyone who is looking for those dusty but digital riddims and finding nothing but cookie-cutter cornucopia's of corny fodder in their record shops. Do yourself a favor and buy two copies: one for personal use, and another as a treat to an unsuspecting friend.

The home of Drum & Bass imprints Digital Wreka and Wrekanise Recordings. One side focusing on dancefloor DnB and Drumfunk; the other for more experimental vibes.

Bandcamp Daily  your guide to the world of Bandcamp